It is with great sadness and a heavy heart that I have to report that my good friend Jim Wiseman passed away today the 28th April.

Jim’s body had fought off Cancer a couple of years ago but alas the beast returned and despite his best hopes and various treatments he succumbed to the second wave today.

People do not fight Cancer, no more than people fight a broken leg. It is an illness that sometimes your body with the help of medicine and science can overcome. If it were an act of pure will then hardly anyone would die of it. Sometimes the disease just takes you.

Jim knew this and bore the second wave with epic Stoicism and good humour right to the bitter end.

He loved chess, in fact he was obsessed with it and that passion was infectious. Indeed, his last game was on the Monday night before he died, less than 36 hours before his demise

I won’t embarrass folk by naming them but most of Atticus Chess Club have learnt or been inspired by Jim’s play and attacking ideas on chess.

Over the board he had built up a great wealth of theory and would often bang out the opening at a shocking rate. He was always clever if not downright devious with his moves and his chess imagination was, stunning. Some of the combinations he came out with, over the board, were just works of beauty. His skill with rooks and knights were always something to behold. In later years I even began to develop a feel for a ‘Jimbo’ position. There would be a majority of bits for Jim around/have access to the opponents King, locked centre and ideally his opponent was just about to launch their own attack. You just knew something was about to happen and then bang one sacrifice followed by a minimum of one or two later sacrifices and the opposition were once again in tatters. Fantastic to witness

He loved playing the Kings Gambit with White and sometimes he even played it as Black, the Latvian. It just showed his style, a complete contempt for counting material advantage, ‘Just give me the attack. Let me demolish them’

Over the board you always knew you were in for a game. Jim’s style was always fearless., If he saw the right path he had to take it regardless of his opponents grade, status or supposed superiority. I guess that’s why he took so many scalps, he always played the board as he saw it.

At the end of the game Jim, with a pint  [or four] in hand, win or lose would always be decent, funny and self- effacing…even though you might just see that little twingle in his eye when he demonstrated a little marvel or novelty

As for chess achievements well, we could list the tournaments he won, the teams he led to glory in cup and leagues championships and promotions but I just think his legacy will be his eternal enthusiasm for the game and his supportive and sympathetic approach to players just starting out or going through a fall in form. If you spoke with Jim about chess, you always left energised

Jim leaves his lovely wife Sue, many friends and the world a poorer place

To my lifelong brother for all that shared joy much thanks, happy memories and warm reminisces.

You were simply the best friend anyone could ever have had

Ian Nepomniachtchi won the FIDE Candidates Tournament 2020 and will challenge Magnus Carlsen in Dubai, 24th November till 16th December this year.
Only 14 games, time control: 2h for 40 moves + 1h for the next 20 moves + 15 minutes and 30 secondes increment from move 61 onwards.
tie-break: four games rapid chess, 20 minutes + 10 seconds increment. In case of a draw they have to play two blitz games, 5 minutes + 3 seconds increment.

Some regard Magnus Carlsen as the favourite in this match, others are not so sure. He might win the tie-break once again, but this has nothing to do with standard chess.

To all members of Atticus CC,

With the recent improvement in the outlook for playing chess, the MCA is considering a resumption of over-the-board competition in September. We would like to gauge the interest of Atticus players in playing over-the-board league chess in the coming season. Please get in touch either with your team-captain or with a member of the committee to indicate your interest in playing. Likewise if you have any concerns please let us know.

Note: The Cross Keys will be available for us to use from May 17th. The playing-area upstairs has been completely refurbished.

With the knowledge that no over the board matches could take place this year, the MCA decided it should still have an award this season and came up with the brilliant idea of a Chess (Pools) Panel to assess the results of all the matches played.

The MCA Chess Pools Panel used a series of Zoom Conferencing Sessions to thoroughly analyse the results of all the potential games over the whole season. The Individual Team line-ups were based on the previous seasons Squads and the panel used the sophisticated  AlphaZero Program and Stockfish 13 engine to make their final judgments.

In the end it was no surprise to see Atticus 2 come out on top once again.

The Silver Rook Trophy will be presented to the Club at the MCA AGM scheduled for late June at Aigburth Cricket Club. 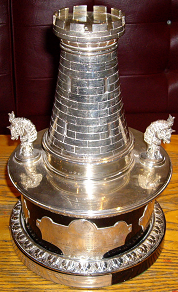 You are welcome to watch our games

After 10 rounds our four Atticus teams are first, fourth, tenth and eleventh in the table. The fixtures of round 11 are:

Prescot 1 -v- Atticus 3 are fighting for being second in the table.

Prescot 2 -v- Atticus 2 Both may fight for a better ranking in the table: fingders crossed for Atticus 2

Atticus 4 has a bye in this round.

See you there on Monday!

The ECF Yearbook 2021 is now available for download for free. The printed version will be soon available too.

Getting in the mood for the 4NCL match tonight!

I used to be a member of Atticus chess club, from 2007, to 2010. During this time Atticus members, played a huge part in my chess development, and now I would like to help develop some of you, with online chess lessons.

If you are enthusiastic about chess, and are looking to improve your rating, or perhaps know of anyone else who may be looking for a teacher?, then do get in touch.

All lessons will be hosted via lichess or playchess.com, and over a telephone call during the lesson.

I am consistently rated 2300+ on lichess, playchess.com and on the chess24 website.

I have achieved 189 ECF on slow and 201 ECF on Rapid, winning the Norwich open section, late 2019 before the corona virus pandemic hit.

I have already accumulated a number of regular students, who have improved their game through my lessons and have received lots of positive feedback from my teaching methods.

I hope to hear from some of you soon.

The MCA Online Tournament has proved a great success with 13 Teams involved. After 5 rounds Prescot lead the way from Atticus 1 (who have a game in hand) followed by Atticus 3.

All the games can be followed live on the Lichess Website and detailed fixtures and statistics can all be found on the MCA Website.

Thanks again to Martin Blasczyk for organising the Tournament.

The British Online Championships are starting this weekend.

There are many different sections available for entry.

You can still have time to join the Tournament by Clicking on the Link below: